She’s standing at the crossroads…
Doesn’t know which way to choose…
She feels backed into a corner…
No matter what, she’ll lose…
Does she stick or does she twist…
In this simple game of life…
Should she follow the right path…
Or keep left, dancing with the knife…

But she fights a constant battle…
With all her conscience voices…
On her shoulder, sat in judgement…
And mocking all her choices…
Making her feel guilty…
And underlining all her sins…
In between this rock and stone…
There is no way she can win…

Now she’s at the crossroads…
There is no right way to choose…
No escape from this dark corner…
It’s either love or lust she’ll lose…
And therein lies the twist…
In this simple game of life…
Because she simply needs both…
To feel whole, to feel alive…

Please don’t wait for me…
Why can’t you see…

Your desperate pleas…
Whilst you are on your knees…

And doubt…
I don’t know why,
or what it’s all about…

But it’s something I carry…
Leaving me quite contrary…

Of myself and the versions…
Who seek out diversions…

And total distraction…
Trying to provoke a reaction…

At my lack of commitment…
And acting like an infant…
But it’s where we are different….
And I have remain distant…

She’s standing at the crossroads…
Doesn’t know which way to choose…
She feels backed into a corner…
No matter what, she’ll lose…
Does she stick or does she twist…
In this simple game of life…
Should she follow the right path…
Or keep left, dancing with the knife… 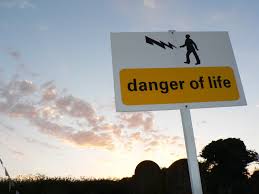 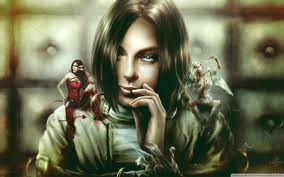 But she fights a constant battle…
With all her conscience voices…
On her shoulder, sat in judgement…
And mocking all her choices…
Making her feel guilty…
And underlining all her sins…
In between this rock and stone…
There is no way she can win… 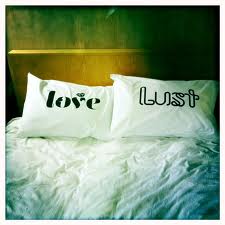 Now she’s at the crossroads…
There is no right way to choose…
No escape from this dark corner…
It’s either love or lust she’ll lose…
And therein lies the twist…
In this simple game of life…
Because she simply needs both…
To feel whole, to feel alive…

I’m sure I have heard or read somewhere that Justin Currie believes that his band Del Amitri were “Airbrushed out of history”. I guess from a music snob / magazine perspective, it could be true – in the build up to this gig, even the critic in the local paper had a dig at them.

However, regular readers of my rambles will be aware of my admiration for Justin and his band Del Amitri. His words and melodies were the sound track to a couple of break ups many years ago and I can assure Justin that he is still very much part of my history and present.

“Waking Hours” and “Change Everything” were both albums littered with songs that felt like they were written for me.  And that continues to be one of the amazing things about Currie’s song writing – there was and is always a song that fitted my mood.

So long before I saw the band live, they were embedded into my brain and in March 1995 I was at the Leeds Town and Country club for my first Del Amitri gig – first ever live actually – and it didn’t disappoint. It remains a fond memory of a heady night of vodka, memories and an emotional sing along.

Sadly, the band themselves broke up but the music lived on. Justin went on to carve out a solo career, but whilst the song quality remained, it’s fair to say he has never hit the commercial heights that the band enjoyed.

He would / may / should disagree, but for me, that’s no bad thing – after all, it brought him to my home town and I can’t see that would have happened otherwise. So it was back to the Royal Hall for this gig –my last visit was to see the Hollies,  on my Forty for Forty quest, so I knew what to expect, but wasn’t sure the venue would suit the intimate performer.

Now, the disclaimer, so this isn’t a review of the gig and I am not a music critic – this is a ramble about my experiences of the event, so if you want the real review, then please google. As for my day, well, it started early.

This gig was notable as young Ollie’s first outing on the Forty for Forty quest and I had to give him the option of dropping out – as he had spent most of the week full of cold – yes, even at 12 he has mastered the art of the dreaded man dying of Manflu.

He was not to be swayed and insisted that he would be able to make it, indeed he demanded he would make it. So we got the the venue early afternoon as I wanted the next signature in my “It is as it is” book.

This may sound strange, but given that it takes so long to explain what the book is and how it came about, it has become easier to try hand the book in with a note rather than attempt to do it in front of one’s musical heroes.

This worked with David Byrne and once again, I used this tactic, handing the book over to a really nice bloke at the stage door who promised to get it sorted and back to be before the show started. Fast forward to an hour before the show and Ollie and I collected the book with this in:

So, a brilliant start and with both of us buzzing, we went inside and found our seats. 2nd row stalls and dead centre, really what more can we ask for – well other than a signed cd perhaps and that’s exactly what we got.

The merchandise stall was manned by the same bloke who sorted out my book, so the least we could do was buy something and there was a handful of signed cds so we grabbed one. This is where Ollie started to become a bit of an attraction.

Making Friends with the people behind the stall he then got the promise of a free poster and a set list after the show – beaming from ear to ear we went back and caught the support act. Del Barber was his name, a really cool fella from Canada.

Now my experiences with support acts are hit and miss, either they don’t talk or talk too much or have music that doesn’t capture my attention. So Del was refreshing and a joy to watch. He has such an unassuming and natural way about him and he seems to have his act down to a tee.

His songs and stories were pitched in such a way that the crowd really got onside. At the end of his set, I gave Ollie some cash and sent him off to grab one of his cds. He came back with a CD signed to Ollie that Del had given it to him for free as a gift!

So, Ollie was once again beaming and we awaited the main act. Justin saunted onstage around 8.30 with acoustic hand. He stood at the very front of the stage and without any microphone, sang his opening song “Every songs the same”. A statement of intent from a performer if there ever was one.

Justin looked calm and at ease, rattling through the first 3 or 4 songs with little interaction with the crowd until he joked that he felt like Ken Dodd. A reference to the grand surroundings that are more akin to some holiday theatre in many ways.

However the crowd began to stir, with clearly more than a small element of die hard support and the request shout outs flowed. Justin bantered back with a twinkle and a smile. Some requests got the nod, others he tried hard to fend off.

Alternating between the keyboard and guitar with consummate ease, the familiar tracks within his back catalogue got people singing. “Always the last to know“, “Driving with the brakes on“, “Nothing ever happens”, “This side of the morning“, “Tell her this” all got an airing.

As did “Hatful of rain” that he initially said no to, but relented as the night wore on. Some of his new stuff was quite brilliant, “Falsetto” and “Half of me” stood out to my ears. I tried a request of “Be my Downfall” which he made a comment of “Yes, that will be sung at some point during our lifetimes”.

As with much of his dry humour, it made us laugh and did get sung right at the end, so I think I can claim the request! The way he deviated from the set list with so much ease was a joy to watch. Even when he was joined on stage with another musician, there was little trauma, if he wanted to do it, he did.

“No Surrender” was the highlight of an encore that neither singer or crowd wanted to stop and he appeared to love it as much as we did and for the price, it was really worth seeing him, even if I am a little biased. After the gig, Ollie got his poster and set list, before handing out chocolates to his new mates and we headed home happy.

Justin has now reformed Del Amitri and they tour early 2014 – in fact, the Leeds gig is back in the place I saw them in 1995. However, it has come at a price, nearly £40 per ticket will rule out young Ollie and leave me looking for last minute spares.

It’s the price we pay for nostalgia I suppose, but also the price of gigs at the moment which is franky ridiculous – I am thankful for Twitter and Twickets at the moment to aid my money saving cause.

So, next up for me is Will Young in “Cabaret” at the end of my birthday week for which I have no idea what to expect. Have I mentioned my birthday? 25th September? 40 years young? I am keeping it low key you know! Anyway, here is Justin to round off this ramble. This is the aforementioned epic “No Surrender” which is superb live.