So, in the midst of a busy week that has thrown up more questions than answers on a personal matter, this blog was nominated for an award. Nominated twice actually, which really made me smile and was quite humbling.

It is not the first time; you may remember that previously, the lovely Nina from http://wordsthatflowlikewater.wordpress.com/2013/06/06/inspiring-the-very-inspiring-blogger-award/  Nominated this blog for the “Very Inspiring Blog” award – which was really nice of her.

This achievement has now been followed up by both Richard from http://richardankerswrites.wordpress.com/2013/08/05/the-versatile-blogger-award/ and Christine from http://crissyb315.wordpress.com/2013/08/05/the-versatile-blogger-award/ nominating this blog for the “Versatile blogger award”.  Which again, is really nice and I am truly humbled. 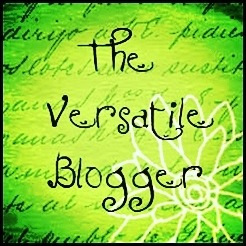 Both these awards come with things that need to be done and I have to admit, I am pretty poor at these – however, the fact that these awards come from wordpress peers does mean a lot and whilst I have little of interest about myself to do any sort of list, I do feel the need to spread the word of others blogs.

The below are 10 blogs that I read and follow – and I would encourage you to try them out for size – these are just a snapshot as I follow a huge amount – so if your blog isn’t below, it is not reflection on you – more an opportunity.

Please leave a comment and let people know where they can find you – this could be an opportunity for all of us to build up our wordpress base? Not sure if this will even work, but don’t be shy – we all want to be read – even if we do not think what we produce is worth reading!

So, here is a snapshot in addition to the 3 above and in no order:

So, a song to leave this ramble – I watched an Eagles documentary last night and really enjoyed it, so have a few tunes floating round in my head – this one is a message for the weekend – “Take it easy” – no more words needed – well, unless you wish to comment!

Tired of weaving a web…

Of lies and deceit…

No more need to be discreet…

The further they travelled…

The heavier their load…

Down the ice covered road…

The bend came so quick…

No time to adjust…

Brakes would not stick…

The lovers began to combust…

In the ice they’re entombed…

When it comes to driving, like most, I probably think I am better than I actually am. I have been doing it since 1989ish, so you would think I would be like the Stig by now, but such is life. You fall into little habits, you get easily distracted and there is always someone out there with the capacity to ensure the Red mist descends!

Since THIS happened – I have tried to alter the way I drive. I take as much care as possible and of course, the price of petrol means that I am trying to take my foot off the pedal more. However, even when driving “well” – I still got caught speeding. Before Christmas, coming back from a gig in Manchester at around midnight, I was flashed by a hidden camera.

I was astonished, as I was smugly doing 38 in a 40 zone – so assumed it was a mistake? Only to find out in due course that it was a 30 zone and I was banged to rights. My choice was a fine and 3 points or to pay through the nose and go on a speed awareness course.

I took the latter in fear of an insurance hike – after all, its not that they need much of an excuse lately.  So there I was last night, in a hotel foyer that was teaming with people on the same course. The group was so large (over 50), it had to be split into 2 rooms! It was a mixed bunch, but honestly more women than men and all with a look of naughty school kids on their faces.

Coffee and biscuit in hand, people hardly spoke to each other. Just looked a their shoes, or played with their phones. No one wanted to be there – no one wanted a 4 hour ear bashing about how “Speed Kills”! No ID, no entry. If  your names not on the list, you are not coming in. It was hard not to raise a smile at the militarised process.

We sat in rows, names put on place cards and awaited further instructions. “Off go your phones” was order number one, mainly due to the fact they “sometimes” get famous people in and they don’t want to have photos taken and put on twitter etc.  Then it was down to business and we were in the hands of 2 fellas who have clearly done this so many times, it was too easy for them.

The course basically wanted a commitment for you to change your ways. It was like the automotive version of Scrooge, only the ghosts coming in the form of emotional guilt by the bucket load. We had a refresher on road signs. A easy guide to working out the speed limit and a reminder that we all once had a book called the “Highway Code”.

However it was the hard hitting stuff that did the trick. Videos of a kid getting knocked over at a school. A mother who had lost her son to a careless speeder and a sobering 45 minutes on how you would cope if you lost your license, your job, your income and went to prison for killing someone – the effects it would have on not just you, but those around you too.

As a father, it was hard to be cynical. It was hard to not see it as a wake up call, even if for the most part though you knew that’s what it was designed to do. Amongst the group was the odd character – 60 year old Kev and his MG had a need for speed and it wasn’t his fault he sped. These “Modern Cars” want to go fast. It was comedy fodder for the Chuckle brothers.

They clearly couldn’t believe their luck and they picked him off like a pair of raptors! Lee Mack took the final hour for Hazard Perception and notched up the comedy to get his points across. If ever there was somebody in the wrong job, I mean if John Bishop can sell out arenas, Barnsleys “King of Comedy”, could surely do the same!

Still, his insistence that a branch could fall off a tree at “Anytime” was surely nothing more than a time filler. Though he did force an unexpected smile when he managed to mention Russia and how Russian road signs were “unreadable”. No idea how that got into his talk, but it was a small irony not lost on me and one that made me smile.

By the end, I had learned my lesson. Will I speed again – probably, but I will do my utmost not to speed in built up areas. Could I live with killing someone – No – how would I feel if a speeder killed Ollie – Devastated – so from that point of view, it was time well spent. Yet I didn’t need to spend £85 and near on 5 hours to learn that.

However, it was an interesting distraction and another example of how every action we make has a consequence. So where do I tie in todays music – well, its going to be driving related and – shock, it’s a female singer! You may remember I said THIS – However, I neglected to mention the beautiful Bic Runga. Bics voice is sublime and this is the most evocative “Drive”…