Doctor Who, What and Why…

.
So, in the UK there has only been one thing on millions of people’s minds recently and that is who will be the new Doctor Who. I have to admit, I got caught up in it too and not just because young Ollie is obsessed. I love watching the show too and have done since I was a kid. 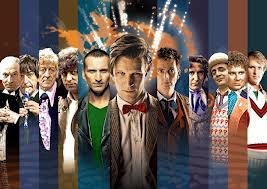 Perhaps the BBC made too much out of it this time by announcing the news in a one off special. However I can’t deny the show has a certain charm and manages to keep reinventing itself season after season, year after year. The 50th anniversary is coming up and that’s a heck of a stint for a TV show.

However, it wasn’t the only doctor on my mind recently. As some may recall, or may have read here – the last 18 or so months have been pretty tough for me in one way shape or form.  One of the outputs of this was a suspected stomach ulcer.

So for at least 8 months that’s how they have been treating me, taking tablets and trying to watch what I eat. However around July, things got a tad worse and resulted in my going back to talk to the Doctor. My local Doctor, not Doctor Who sadly.

We agreed that I would need a camera sent into my stomach to check it all out and during quite a traumatic few days last week, I had the procedure done. It was all quite amusing as I chose to be sedated.

The sedative was a low dose apparently and I was told I would be awake at all times – however within seconds of the stuff going in me I was out for the count. I don’t remember a thing. Which is not a bad thing all considered.

So the good news is, well I have no ulcer, no infection and certainly no stomach cancer. Great news, except my symptoms are still on-going and here in lies the issue. Over the last few visits to the Doctor, I have not seen the same one twice.

In fact, I have had a range of people prod, poke and basically guess what’s up with me. It got to the point that I had to agree with Liam Finn who you will hear soon, that I didn’t believe a word that they said. So I googled.

Googling medical issues is the scariest thing in the world. I have to say, the interweb is a wonderful place for all sorts of things, but look at what could be wrong with you and you are essentially a dead man walking. After reading some of the shite on there, I could have every disease known to man.

Note the word “could”. Anyway,  I narrowed it down and took some suggestions to the next Doctor – not the next Doctor Who – and at this point the joke is wearing thin, but come on, I am not even getting to see the gorgeous Amy Pond or the impossibly sexy Clara Oswald. 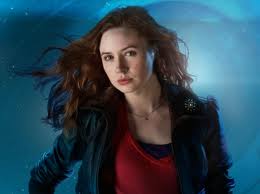 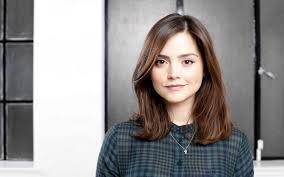 At this point, I should be honest and point out that for a long time, I had a secret lust and crush on Amy Pond. However, Clara has since over taken her — to the point that I really only watched the last season because of her. And when she wore tartan in the last episode….well…. too much – OK back to the point.

Now, this bit would be funny if it wasn’t true, but as I was talking to this young version of a Doctor and going through symptoms and what it could be – do you know what he did – in front of me….

OK, so I had bloods taken – all normal and I am going for a scan but the fact remains, I went to a Doctor and the Doctor googled my symptoms. Am I the only one thinking that this is a tad weird – if that’s all you have to do – I am changing jobs!

Anyway, I will keep you posted. It could be that I am fit and fine, but stress is beginning to tell. It remains a strange world that I live and work in, even if it is not as intense as 3 months ago. I am in need of distractions and am away for a week in the USA next week before my next gig.

So, there will be limited rambles on this blog for a while. In the meantime, I leave you with the amazing Liam Finn and “Better to Be”. The more I look around the music scene, the more I scratch my head that Liam is not blazing a trail. His time will most certainly come.